The name of Sindh Chief Minister Syed Murad Ali Shah’s brother-in law, Syed Mehdi Shah, who died at a private university hospital of Karachi on April 9, has finally been included in the official list of people having died of COVID-19 in Sindh. 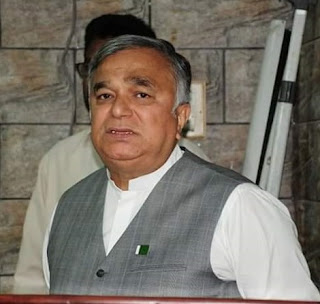 Earlier, there was some confusion in the media about his health status, whether he carried coronavirus till his death or he was declared free of that by his physicians.
The media had been claiming that the brother-in-law of Chief Minister had been infected with Coronavirus during his foreign visit but it was being claimed that he had recovered from the infection and was admitted at the hospital for past few days due to renal complications.
Mehdi Shah, a government officer, had reportedly contracted coronavirus during his visit as a pilgrim to Syria, Iraq and Iran.
The Sindh Chief Minister, in his routine video message related to coronavirus on April 10, confirmed the 22nd death in the province due to the virus, saying this was the death of his own brother-in-law.
“The 52-year-old Mehdi Shah tested positive for corona on March 28, but he had won the battle against virus and tested negative for corona twice,” the Chief Minister revealed.
He further said that although the hospital, where he was receiving treatment for other health complications lately, did not declare him a coronavirus patient his funeral was carried out while observing the standard operating procedures related to corona deaths.