KARACHI: The number of daily deaths was witnessed higher with 25 new COVID-19 deaths in Sindh on July 25 when the authorities in the government confirmed detection of 798 new cases, against 917 of July 24, taking the overall tally of infection to 117,598 for the province. 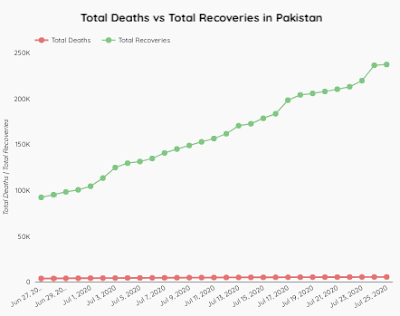 According to COVID-19 data pertaining to Sindh, on average 23 patients died daily in the province during a period from July 19 to 25.
On July 19 the number of fatalities came as 19, which gradually increased to 36 on July 23 and decreased to 14 on July 24.
Sindh reported 71% of the total COVID-19 fatalities (35) registered across the country on July 25, according to data compiled by the federal health ministry.
The Sindh Chief Minister, Syed Murad Ali Shah in his daily statement on the coronavirus status on July 25, disclosed that the new deaths had pushed the disease fatality to 2,135.
He shared that at present there were 11,444 active patients of COVID-19 in the province with 10,784 of them in home isolation, 29 at isolation centres and 631 at hospitals. 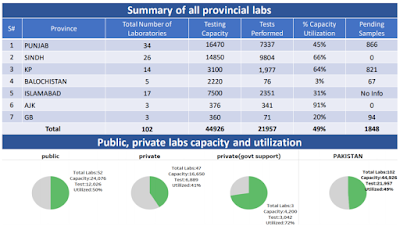 “The condition of 429 patients was stated to be critical while 66 of them were put on ventilators,” he declared.

According to data, 11,009 samples were tested during the last 24 hours ending on the morning of July 25, out of which seven percent tested positive for the virus at different laboratories in the province.

Since February 26, when the disease for the first time was detected in Sindh, 699,326 tests have been conducted, with a positivity rate of 17%, against the country’s overall infection rate of 19%.

Any additional information about the deceased persons, including a district-wise breakdown of patients who lost their lives to coronavirus during the last 24 hours, was not released either by the Chief Minister or the provincial health department. 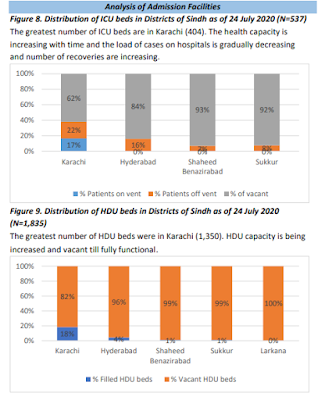 However, as per another official status report, of the 36 COVID-19 deaths that occurred in Sindh on July 23, as many as 33 were reported from Karachi, while Khairpur, Sanghar and Jamshoro reported one death each. Five of the deaths in question occurred at homes.

The report further said that a total of 528 patients died at home, against 4,607 deaths reported by hospitals, during a period from May 9 to July 24 in the country.

In the meantime, a national COVID-19 report disclosed that 26 testing laboratories located in Sindh, with a collective capacity of testing 14,850 samples daily, remained ahead of laboratories of other provinces on July 23 when the utilized 66% of their test capacity.

A World Health Organization (WHO) Sindh sub-office report said that as of July 24, the greatest number of intensive care unit beds (404) were in Karachi–PNFS