KARACHI: Sindh’s daily COVID-19 infection rate dipped in by 9%, in comparison to 30% registered the preceding day (June 11), as the provincial health authorities declared 2,428 (21%) samples positive for the lethal virus, out of 11,356 tests conducted during the last 24 hours across the province on June 12.
The province recorded reduction in the daily coronavirus infection cases after three-day spike. The daily infection rate, as per the official data, came 25 % for two days (June 9, 10) and then spiked to 30% on June 11, when 3,038, out of 10,081 people suspected for the diseases tested positive. 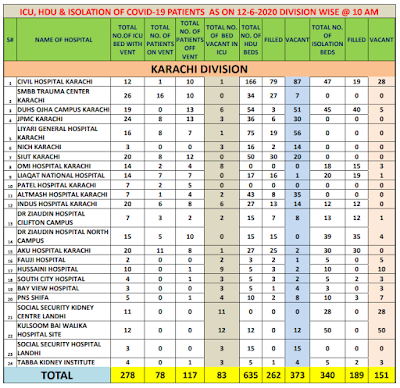 The overall rate of infection in the case of Sindh remained 17.77% on June 12, against the national’s 15.56%, the data further revealed that Pakistan’s daily infection rate was 22.56% on June 12.
In the meantime, Sindh added 17 deaths in the latest coronavirus report, pushing its toll to 793.
The number of patients who recovered from the diseases climbed to 23,113, which accounted for 47 % of all COVID-19 infections in the province (49,256) since February 26 when the province reported its first infection in a man resident of Karachi.
Keen observers saw the slide in new infections in two ways; first, according to them, if the rate has decreased, specifically when the testing centres were reportedly presented mainly the highly at-risk population, then it can be assumed that not only the suspected people but also their physicians got in panic. 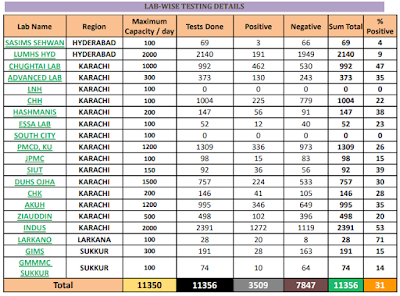 A second opinion was that testing laboratories had not been able to clear the samples on a day to day basis and were allowing a piling up, which ultimately was tantamount to increasing worries among high risk and contact cases besides those who approached the testers at their own to get out of confusion related to their health.
The Sindh Chief Minister, Syed Murad Ali Shah, in his daily coronavirus update message, said that a record 11,356 tests were conducted, out of which 2,428 were detected positive.
The results of tests conducted, so far, showed that 22% were positive for COVID-19, which was a thing of concern, while the solution lied in the sincere observation of COVID-19 standard operating procedures (SOPs). 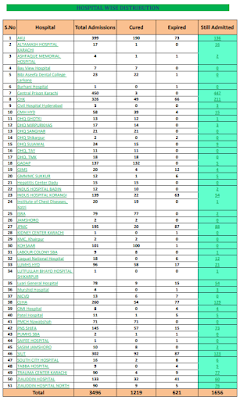 At Karachi, seven men, aged 22 to 63 years, and five women, aged 38 to 71, lost their lives, while a man of 69 years died in Sukkur, a woman of 59 years in Larkana, A 21-year old man in Thatta and a 68-year-old woman died in Ghotki. Death of an out of province resident was also confirmed in the province.

However, nothing could be known about the hospitalization and clinical assessment of the deceased person, as the health department kept a silence on the subject again, while sources claimed that a couple of the coronavirus patients died at homes–PNFS