KARACHI: The COVID-19 laboratories in the interior districts of Sindh appeared more energetic in term of sample testing than their counterparts in Karachi on August 26 when the authorities registered 201 new infection, with four related deaths during the last 24 hours across the province. 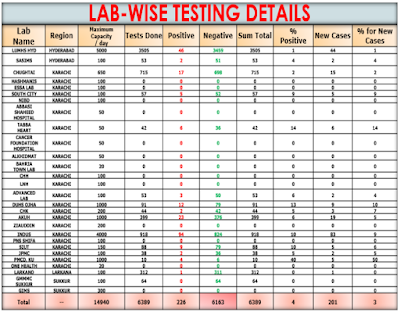 The LUMHS and Sasims laboratories at Hyderabad and one laboratory each at Larkana and Sukkur handled 3,934 samples and declared 116 (2.94%) of them positive for COVID-19.
During the same time, Karachi’s 11 testing laboratories run by the government and the private sectors which examined 2,455 samples and found 85 (3.46%) infection, according to an official report.
The Sindh Chief Minister, Syed Murad Ali Shah, said that overall 6,389 samples were tested across the Sindh during the last 24 hours, ending August 26 afternoon, out of which 201 (3.14%) were declared as new cases. 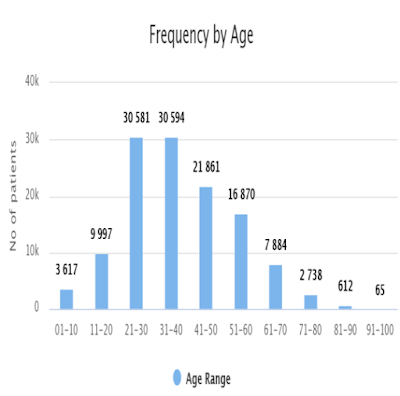 The official data further suggested that 47 % of the people infected by COVID-19 were in the age brackets of 21-40 years, followed by groups of 41-50 years and 11 to 20 years among whom the infection percentage was 14% and 8% respectively.

While the Chief Minister’s statement did not reveal the area of living, age, gender and place of treatment of the deceased people, a report said that 60 out of 163 COVID-19 patients who lost their lives in August till 25 were in home-isolation.

As many as 102, including 98 on ventilators, died at hospital during the same period. Nine of the 11 patients to perish due to COVID-19 on August 25 in Sindh belonged to Karachi while two of them were from Hyderabad. One of these died at home.