KARACHI: Amidst apprehension that COVID-19 spread may increase in the province during the Eid ul-Adha holidays, Karachi reported a daily new infection rate of 52% on July 30 when authorities in the government shared that Sindh’s fatality tally had crossed 2,200, with overall 120,896 infections. 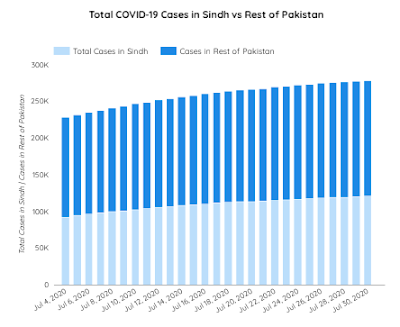 After witnessing a decrease in its new COVID-19 infections till July 27 (138 new cases, 27%), Karachi registered a gradual increase in the infection rate up to 51% by July 29.
On July 30, Karachi’s number of new infections came as 261. Earlier, Karachi, a six-district division, had reported an average 318 new coronavirus cases daily since July 24.
The Sindh Chief Minister, Syed Murad Ali Shah in his routine COVID-19 statement, remarked that 20 more infected people died during the last 24 hours ending on July 30 morning in the province, taking the total death to 2,209, while 689 more patients recovered from the diseases.
He further shared that at present there were 8,454 active patients of coronavirus in Sindh, out of which 7,954 (94%) were in home-isolation, 488 (6%) in hospitals, including 399 in critical condition, while 67 were put on ventilators. 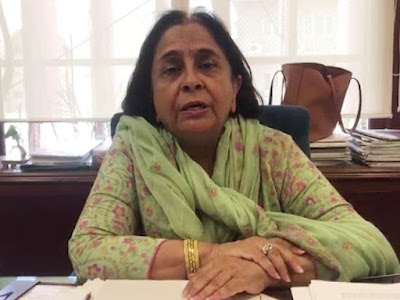 The WHO’s analysis report related to fatalities said that 2,189 COVID-19 patients died during a period from March 10 to July 29 in Sindh. The highest number of deaths was among 50 years and above (81%), with a male-female ration of 2.3:1. 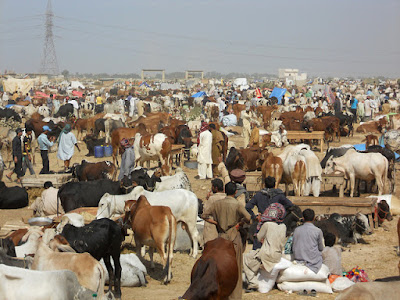 In the meantime, the Sindh Health Minister, Dr Azra Pechuho, in a video message on July 30, urged people to practice precautionary measures against COVID-19 on the eve of Eid ul-Adha and adhere to the relevant standard operating procedures (SOPs).

”Avoid mixing with people to greet them and use telephones for the purpose,” she suggested, adding that there were chances of increase in coronavirus cases after Eid ul- Adha, if due care to the preventive measures was not given.

The Secretary of the provincial health department, Dr Kazim Hussain Jatoi, in his statement, also warned people that COVID-19 still prevailed in the community and as such ignoring the SOPs could prove damaging again. He said that an increase in the COVID-19 cases was observed the other day due to the Eid-shopping and non-compliance of the SOPs–PNFS