KARACHI: Sindh’s COVID-19 case fatality rate (CFR) continued increasing on July 23 when the government confirmed yet 36 more deaths in the province during the last 24 hours, with 670 new infections, pushing the overall tally of deaths to 2,096 and infections to 115,883 for the province. 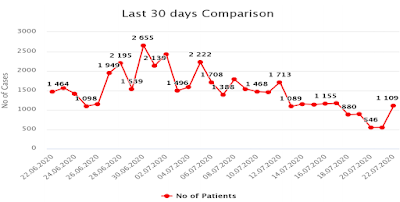 The Sindh Chief Minister, Syed Murad Ali Shah, in his daily COVID-19 statement, shared that as many as 9,804 samples were tested during the last 24 hours ending July 23 morning, out of which 670 were detected positive. “In all 686,505 people have been tested for the lethal infection across the province, so far,” he added.

He further declared that 3,176 more patients recovered from the disease on July 23, while 14,385 were still receiving treatment either at hospitals or homes. Of the 685 patients at hospitals, 440 were critical condition; 70 were on-ventilators. 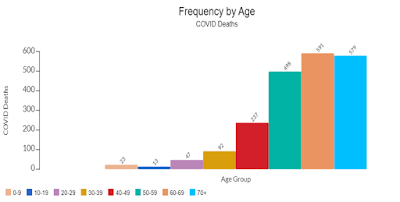 The details about the hospitalization of the deceased patients and their living districts could not be known as the Chief Minister’s office as well as the health department were silent on the subject.

According to the Chief Minister’s statement, Karachi reported the maximum of 305 cases, including 132 from the South district, which had a disease attack rate of 879.8 per 100,000 persons. 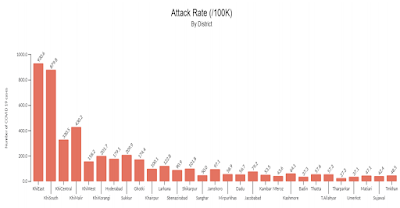 In the meantime, according to an official report on July 22, different COVID-19 testing laboratories across the province examined 10,108 samples, ie 68% of their collective maximum daily capacity.

The report further said that in all 845 prisoners were infected with the virus at the Karachi Centre Prison, out of which 795 recovered, while 50 were still receiving treatment.

As of July 22, a total 590 positive cases were admitted at the Karachi Expo Centre, out of which 578 recovered from the disease, one has died while 11 were still admitted, This was the only isolation centre having COVID-19 patients, while another 14 such centres in the province were having no case for treatment.

As many as 52 government and privately run hospitals across the province, as of July 22, had collectively admitted 5,223 patients, out of whom 2,955 got recovered from the coronavirus disease, 701 were receiving treatment, while 1,567 succumbed to the deadly virus.

The highest number of COVID-19 deaths (591), occurred either at hospitals or homes, were reported among the patients in the age group of 60-69 years.

According to a mortality analysis, 12 off-ventilator deaths took place in the country on July 21, including three in Sindh — two died at home, while one died due to sudden cardiac pulmonary arrest. In the meantime, infections among the healthcare workers also continued in Sindh.

As of July 21, overall, as many as 1,480 doctors, 160 nurses and 285 paramedics and other staffs contracted the disease while performing duties in critical care units or elsewhere. As many as 1,742 of them have recovered while 29 healthcare professionals have perished–PNFS