KARACHI: Sindh witnessing a gradual increase in its number of daily COVID-19 tests in recent days, with an almost static infection rate, reported 386 new cases on August 6, with five new related fatalities.
Taking the doubling in the number of tests on August 6 as a good development, keen observers reckoned that the increase was expected following the Eid holidays.

The encouraging thing is that Sindh’s daily infection rate remained consistent, ranging from 4 to 5% during the last couple of days, like that in other provinces, said an observer adding it will relatively be a phase of relief both for the health managers and the public in the province, if the trend of infection and deaths continued passively.

Sindh’s COVID-19 fatality tally, meanwhile, has increased to 2,250 (1.8%) on August 6 but there are signs that it will fall down in the coming days. 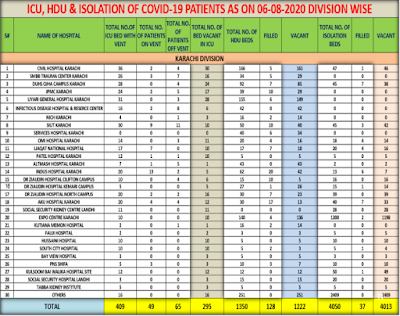 The Sindh Chief Minister, Syed Murad Ali Shah, in his diseases related daily statement, shared that as many as 795,549 samples were tested since the outbreak of COVID-19 in the province, with a positivity rate of 15%. 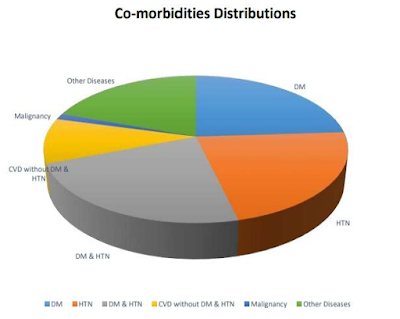 An official report said that 414 patients occupied the intensive care unit beds at different hospitals across the province on August 6.