KARACHI: The Sindh Minister for Education, Saeed Ghani, has declared that educational institutions in the province will reopen from September 15 to 30 in phases, while observing the relevant Standard Operating Procedures (SOPs). 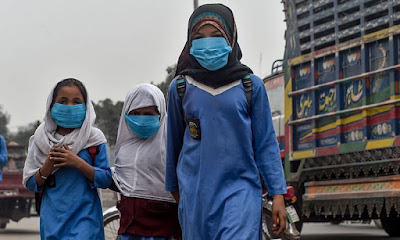 In accordance with the federal government’s decision, the institutions will be allowed to start conducting teaching for classes IX and above, including the higher seats of learning, from September 15 while classes VI to VIII will resume from September 22 and pre-primary and primary classes will be getting underway from September 30.
Meanwhile, the All Private Schools Management Association Sindh (APSMAS), has welcomed the decision of the government and assured strict compliance of the SOPs in conducting classes and all other activities at the campus.
The APSMAS Chairman, Syed Tariq Shah, in his video, released soon after the government decision earlier in the day, agreed to implement all the SOPs in letter and spirit.
It may be recalled that the majority of the schools throughout the country have been closed since February when coronavirus (COVID-19) was confirmed to have reached Pakistan while the universities and all other educational institutions have been kept shut on government orders since the middle of March–PNFS