By Mukhtar Alam:
A group of Pakistani physicians and microbiologists based in the country and abroad, in an open letter, have urged the religious leaders to review the agreement reached between government and ulema council, recently, in regard to the congregational prayers held in mosques and imambargahs, including those on Fridays and taraweeh in Ramadan. 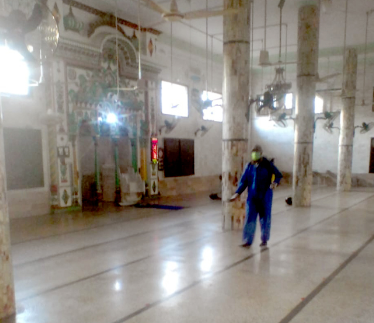 According to the letter, though the 20-point consensus strategy for congregation during Ramadan the President of Pakistan declared on April 18, after consulting the religious scholars representing various schools of thought, stressed the preventive measures against COVID-19, including the social distancing principles, the experts in question have got strong reservations based on early observations.
Professor Dr Shahana Urooj Kazmi, making the letter available online to PNFS, noted that the group of scientists were trying to highlight something that could not be given due care during the Islamabad consultation.
The group was of the view that the Islamabad declaration related to congregation in mosques needs to be reviewed; it will go in the larger public health interest further if ulema take the previous position of only allowing up to five namazis in the mosques, which was ensured under the governmental guidelines about the containment of coronavirus infections in the country.
It was mentioned in the appeal in question that indeed these were unprecedented times, not just for the Muslims of Pakistan but encompassing the whole humanity. 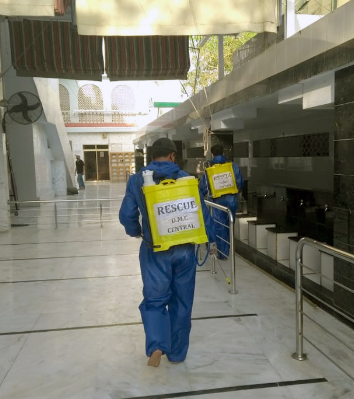 “We, as doctors, are at the helm of dealing with patients suffering from coronavirus, which can rapidly transform from a mild illness to a fatal disease and we feel that the agreement between government and ulema council was based on relatively robust principles. Our mosques are predominantly filled by people above the age of 50; quite a few videos in last 48 hours have surfaced demonstrating that more than 80% of the people attending for prayers were indeed above the age of 50, in fact mostly in their 60s, and 70s,” they explained.
In the given conditions, as the doctors continues in their letter, there will be hardly any room to keep the foremost principle of preventing the spread of virus in the most vulnerable group.
“With Ramadan approaching, we would understandably expect higher number of namazis attending the prayers.”
Moreover, they observed that long taraveeh prayers and waiting times will lead to prolonged gatherings, which certainly will cause significant disorder, as the mosques practicing social distancing will only be able to accommodate 20-25% of the regular namazis.
“Consequently, we won’t be surprised if issues other than spread of virus will also become prevalent around the territories of our mosques, most prominently the conflicts between worshipers, mosques management and law enforcement agencies.”
The doctors feared that hospitals in Karachi have started experiencing a significant influx of corona positive patients.
“We anticipate these numbers and resultant mortality to expand exponentially in next few days and as such the already health system will undeniably be in significant pressure.”
The doctors also requested the government administration and business community to practice patience and keep the markets and non-essential shops continue to close and only home deliveries should be allowed.
In the meantime, the Sindh Minister for Information and Religious Affairs in statement said that the clerics also believed that the lives of the people was important and he was confident that when once again the ulema would be requested to review their decision and ask people to offer their prayers at home during the lock down in the holy month of Ramadan, they would cooperate.