KARACHI: In the wake of an increasing number of kidney disease cases, experts have stressed the need for augmenting the renal treatment facilities on a priority basis across Sindh.

They were speaking at various events held in connection with the World Kidney Day that fell on March 11, as seminars and awareness walks were arranged by different healthcare institutions in Karachi.

This year’s theme was: “Living Well with Kidney Disease”.

Speaking at a seminar at the Ojha campus, Vice-Chancellor Dow University of Health Sciences (DUHS) Prof Dr. Muhammad Saeed Quraishy said that the number of kidney transplantation centers in Sindh also needs to be increased.

He told the gathering that DUHS Renal Transplant Unit has so far conducted as many as 350 transplantations, while efforts were being made to expand the facility further in order to ensure more kidney transplantations on annual basis. 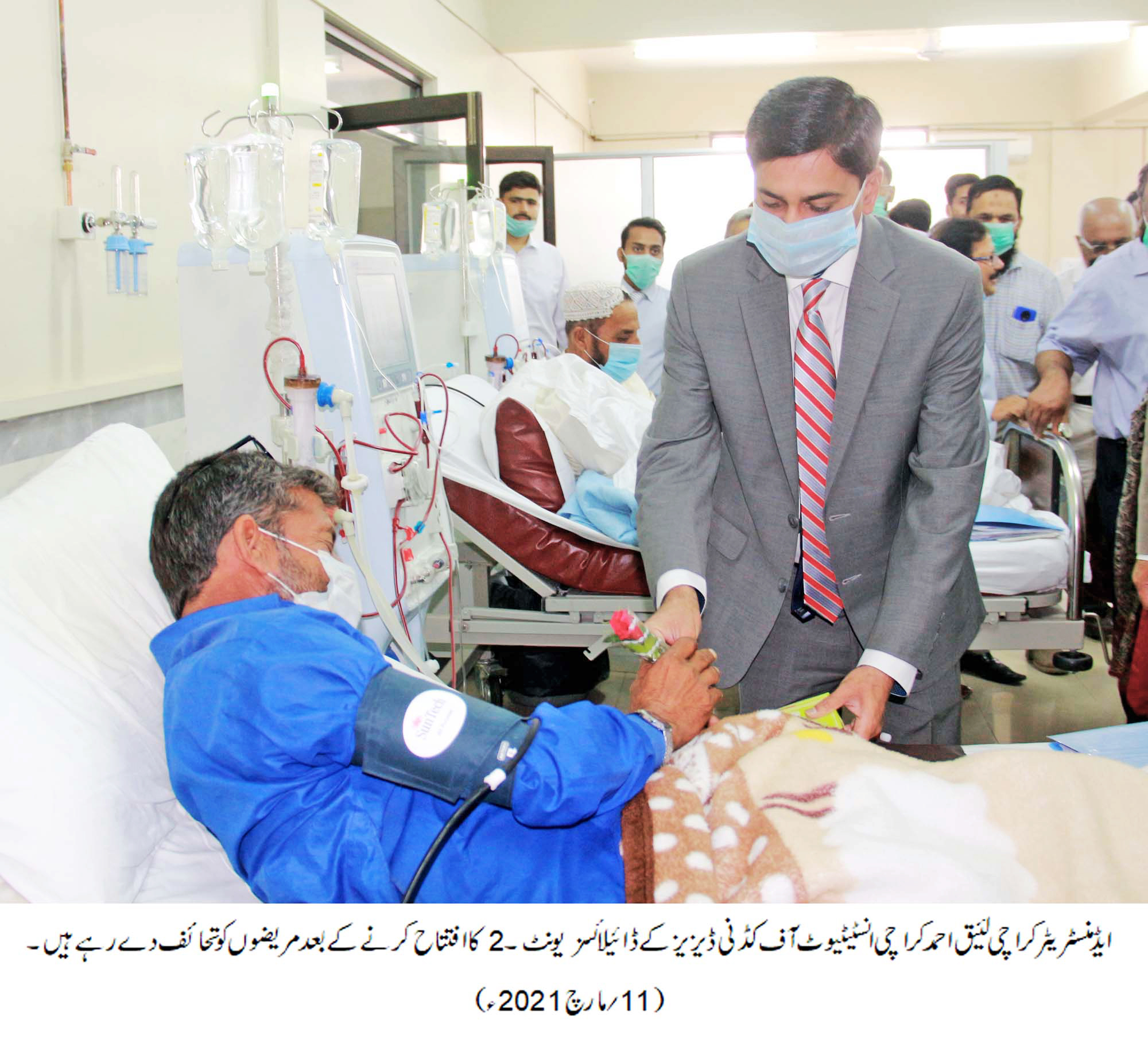 Later, he, along with DUHS Pro VC Prof Zarnaz Wahid and senior faculty members and medical students led a walk.

Prof Zarnaz said that the success of the DUHS renal transplant unit is in fact the result of teamwork.

Head of Renal Transplant Unit, Rashid Bin Hamid, said that Kidney Day is a day to raise awareness about the prevention of kidney diseases, adding that cautious consumption of food, regular exercise and excessive use of water can save people from kidney diseases.

He further said that smoking and consumption of obese foods can make individuals suffer from kidney diseases.

Dr. Tassaduq Khan said that 10,000 to 15,000 people in Pakistan need kidney transplantation every year while barely 1,500 transplants were being performed in the country.

He said KIKD served the masses by inducting modern techniques for dialysis and developing other facilities. He added that the facilities at the institute will further be expanded and lauded the provision of 25 more dialysis machines.

Mr. Ahmed performed the inauguration of a new dialysis unit at KIKD and visited patients there, saying other health institutions of KMC will also be uplifted.

He said that measures were being taken to introduce a kidney transplantation facility at KIKD where patients from interior Sindh as well as Balochistan could also avail treatment.

Prof Anjum said that people over 50 years should get their kidney check-ups done on a regular basis. She said women are more affected by kidney diseases than men.

KMDC Principal attributed the main reasons behind the renal diseases to diabetes, high and low blood pressure, weak bones, lack of blood, and excessive use of pain killers.

Prof Danial said that number of patients facing kidney diseases was increasing considerably. He informed the gathering that KIKD has become the second-largest public sector kidney hospital after SIUT in the city.