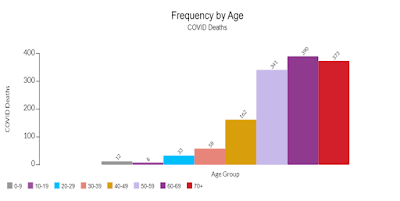 According to data provided by the Sindh Chief Minister, Syed Murad Ali Shah, in his daily statement on coronavirus status, of the total cases confirmed during the last 24 hours ending at 9 am on June 30, 686 (26%) were from Karachi, while remaining 1,969 were reported from the interior districts of Sindh.
However, the district wise breakdown of new cases, included in the Chief Minister’s statement, did not account for all the cases and was silent about 1,400 new cases. 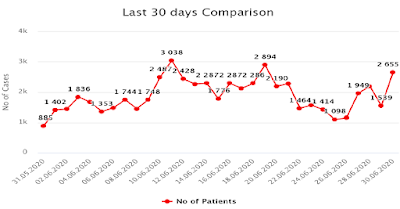 Keen observers, who were already complaining about inconsistent daily testing of new samples, remarked that more the laboratories tested the more they found positive cases, which confirmed the apprehension that COVID-19 managers in the province were yet to give a direction to their testing activities, while there was no respite from the disease and the growing number of relevant deaths.

Apart from the Chief Minister’s statement, which maintained the total COVID-19 deaths across the province as 1,377, a Sindh health department website showed the number of deaths as 1,397 on June 30.

However, neither the Chief Minister’s statement nor the Sindh health department’s website gave any details of deceased persons in terms of district they belonged to or the hospitals where they lost their lives.

Among the total deceased patients, there were 12 children of age up to nine years and 373 elders of 70 years and above also, as of June 30, it was learnt. 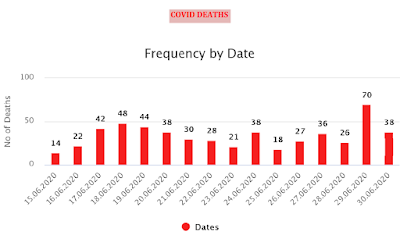 An official report revealed that Liaquat National Hospial, Hashmanis Hospital and South City Hospital at Karachi and one testing centre each at Larkana and Sukkur did not perform any single test during the last 24 hours.

It was further learnt that as many as 87 beds were vacant in the intensive care units of various COVID-19 hospitals across the province on June 30, in addition to 750 high dependency beds and 959 isolation beds–PNFS