KARACHI: Amidst reports that daily COVID-19 infection number was on decline, any significant reduction in the number of critically ill patients at distinguished hospitals of Sindh, however, could not be witnessed till July 18 when the authorities in the government confirmed 71% critically ills, among the 744 hospital-patients, with registration of 880 new infections and 22 related fatalities during the last 24 hours.

As of July 17, there were 57,886 active cases in the country, out of which 2,690 cases were hospitalized, including 1,604 (59.62%) in critical condition, against Sindh’s 419 in critical condition.
A study of relevant COVID-19 data revealed that Sindh had an average of 1,013 COVID-19 patients hospitalized daily during one-week period (July 12 to 18), out of which 51 per cent were reported critically ill. About 16% of the critically ill patients were put on ventilators daily.
According to official reports, 72 patients occupying intensive care unit beds were put on ventilators in various hospitals of Karachi on July 18, against 77 using ventilators on July 17.
As of July 17, the Karachi hospitals were having 116 patients on low flow oxygen and 188 on high flow oxygen while 96 were put on ventilators. Hyderabad had 11 on low flow oxygen, 10 on high flow oxygen while no one was put on ventilators.
Keen observers noted that the presence of critically ill patients in high number reflected on the performance of hospitals. They feared that there are some interventional gaps in the management of COVID-19 patients, which finally led to an extraordinary increase in the number of patients requiring intensive care support and mechanical ventilation, many of whom failed to survive the diseases despite prolonged hospitalization.
An official report said that the deceased COVID-19 patients belonged to all age groups, including females. Overall 1,502 patients have died at about 40 public and private hospitals across the province, so far.

The Sindh Chief Minister, Syed Murad Ali Shah, in his daily statement related to COVID-19 status on July 18, informed that there were 18,761 infected people, who were receiving treatment at homes or isolation centres and hospitals across the province.

“We have 744 patients at hospitals, out of which 526 are in critical condition, while 72 required ventilators,” he added. 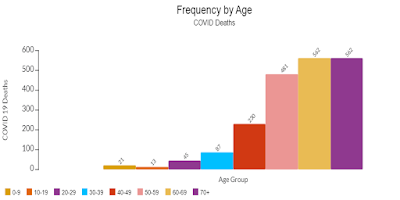 He further said that with 22 more COVID fatalities were reported during the last 24 hours ending July 18 morning, pushing the overall number of deceased persons to 1,974.

However, neither the Chief Minister nor the health department elaborated the fatalities in terms of their age and hospital or home and district they lived in.

On July 17, all the COVID-19 testing laboratories, except one private and three public sector laboratories performed. Collectively they examined 9,270 samples, out of which 1,182 were found positive, including 880 new confirmed cases. The percentage of new cases among the samples came as nine.