KARACHI: Sindh, by the look of things, witnessed a majority of the COVID-19 indicators in control for the third day running on August 3 as the authorities in the government confirmed registration of 219 new infections, out of 4,484 samples, with two more related deaths, during the last 24 hours across the province. 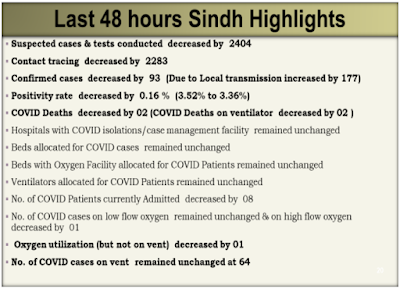 Relevant data suggested that COVID-19 testing laboratories collectively performed only 30% of their given testing capacity (14,920 tests) during the last 24 hours ending August 3 afternoon, like preceding days, probably in the wake of Eid holidays.
As many as 12 laboratories examined no samples. Earlier, as per the official data, 20 of the 27 COVID-19 laboratories, including 16 at Karachi, among others, did not conduct any test during the last 24 hours ending on August 2 morning.
In all 5,272 samples were tested by different laboratories across the province, out of which 276 were found positive for the virus, including those of the new patients. 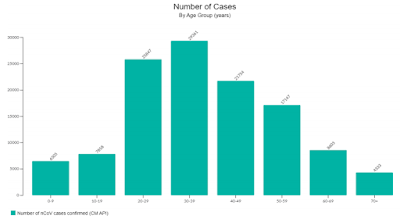 The Sindh Chief Minister, Syed Murad Ali Shah, in his routine statement on the disease’s status, said that as many as 111,249 patients had recovered from COVID-19 by August 3, there remained 9,230 active patients, including 7,772 at homes, nine at isolation centres, 449 at hospitals, including 365 in critical conditions, while 64 patients were put on ventilators.

Sindh’s daily infection rate came as 5%, against its overall rate of 16%, while the total number of fatalities due to the virus reached to 2,226 for the province–PNFS