By Mukhtar Alam:
Following the demands and advices from the medical practitioners in the wake of COVID-19 pandemic, the Sindh Government, late on April 23 night, declared that it will continue observing the standard operating procedures (SOP) meant for mosques as usual to avert the congregational prayers, including those of Fridays and Ramadan nights. 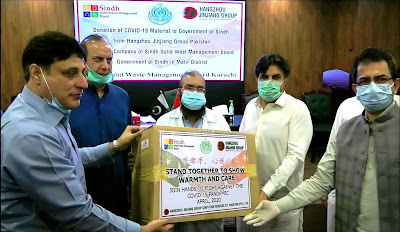 In a video message, the Sindh Chief Minister, Syed Murad Ali Shah, declared that a stringent ‘lockdown’ as ordered earlier will be ensured on Friday from 12 noon to 3 pm, so that people did not participate in Friday prayers at mosques and they stayed at homes.
Only the staff of mosques will be in a position to offer the Friday prayers, he added and said that worshippers, other than the mosque staff, will not be allowed to take part in taraweeh prayers during the Ramadan.
He mentioned that, in this regard, he had also spoken to the President of Pakistan, Dr Arif Alvi, who in consultation with ulema, had earlier formulated a 20-point consensus strategy for congregation during Ramadan.
“The President was also of the view that the provinces were free to change the decision if the situation appeared to worsen,” he shared.
The chief minister said that senior physicians as well as experts have been expressing their reservations over the proposed plan of relaxation in lockdown, having predicted that the next couple of weeks would be crucial in the context of corona spread and severity in the country.
He further said that actions have also been taken against the shopping malls found guilty of ignoring the standard operation procedures.