KARACHI: Yet another 378 samples out of 12,097 were tested positive for COVID-19 in Sindh, raising the daily infection rate to 3% for Sindh on September 28 when the authorities also confirmed three new related fatalities. 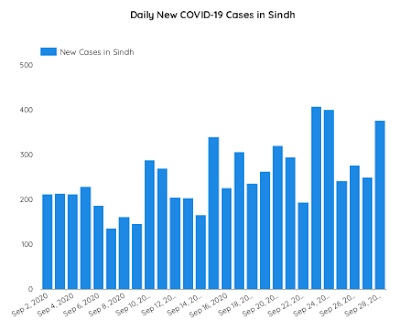