KARACHI: Amidst reports about increase in daily new COVID-19 infections up to 400 in the province, Sindh also witnessed a disturbing escalation in the number of patients utilizing ventilators in Karachi’s hospitals on September 29. 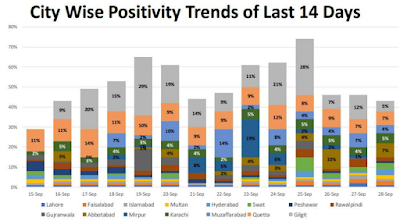 Of the 274 patients hospitalized across the province, as of September 29, as many as 172 were stated to be having critical health condition, while another 37 were put on ventilators at Karachi hospitals against 19 on September 27 and 29 on September 28.
According to reports, a total of 19 patients were put on ventilators in the public sector hospitals against 10 such patients in private hospitals on September 28.
These patients were admitted at CHK, Karachi Trauma Centre, Lyari General Hospital, Infectious Diseases Centre, SIUT, LNH, Patel Hospital, AKUH, and Indus Hospital. 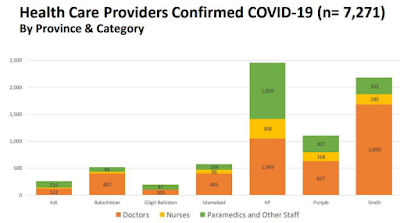 The Sindh Chief Minister, Syed Murad Ali Shah, in his routine COVID-19 statement, shared that there were 416 active patients of the lethal virus in the province, including 3881 in home isolation, six at isolation centres and 274 at hospitals. 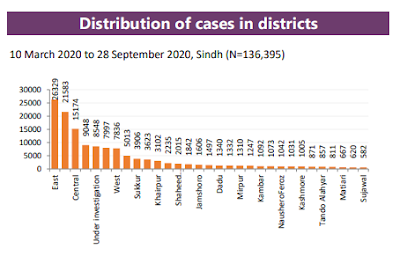 As per the official data, updated on September 27, rate of infections at the educational institution was also increasing.
A maximum of 49 (3.7%) COVID cases were detected in the population of educational institutions located in the Korangi district of Karachi, followed by Matiari (3.5%), Jamshoro (2.4%), Karachi East (2%) and others.
It was further learnt that the majority of the COVID-19 tests were conducted in the private sector laboratories (5,772 samples), against 647 samples handled by the public sector laboratories on September 27.
In the meantime, Sindh stood second in the lists of provinces and territories in terms of confirmed COVID-19 cases detected among the health providers. As many as 1,690 doctors, 180 nurses and 303 paramedics and other staffs were detected positive for the virus in Sindh, as of September 28–PNFS