KARACHI: Sindh’s daily and overall COVID-19 infection rates remained above the country’s rates on August 16 when authorities in the provincial government confirmed registration of 278 more cases and five new related deaths during the last 24 hours across the province. 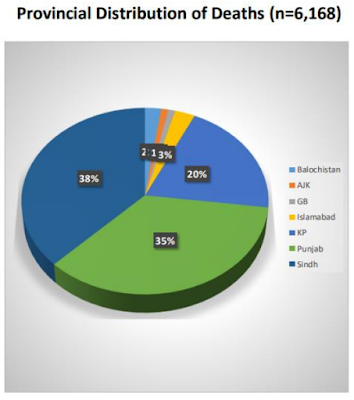 Sindh showed a daily COVID-19 infection rate of three percent, with an overall infection rate of 14% on August 16, which was two percent less than what was recorded on August 1.
Pakistan’s daily infection rate remained about 2%, with an overall infection rate of 13%, which meant the province was yet to go a long way of precautionary measures surveillance and treatment, commented a keen observer.
According to an official report, Sindh’s COVID-19 samplings reduced by 40% of its total capacity of conducting 14,940 tests daily.
Of the 28 laboratories across the province, 16 conducted tests and detected a total 386 positive cases, including 278 new cases.
The Sindh Chief Minister, Syed Murad Ali Shah, in his routine COVID-19 statement, shared that the number of patients having recovered from the diseases had reached to 119,572, including 147 of August 16. 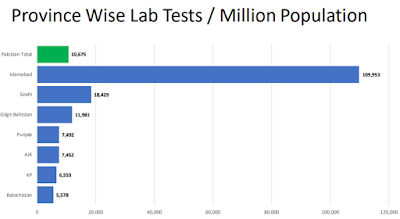 He further said that there were still 4,288 active patients of COVID-19 in the province, out of which 3,888 were isolated in homes and eight isolation centres, while 392 were admitted to hospitals, with 216 being critically ill.

The province in all tested 9,044 samples during the last 24 hours ending on August 16 afternoon, pushing the tally of samples tested so far to 891,530 for Sindh.

The Chief Minister’s confirmed five new deaths, without giving details of hospitals, districts, gender and age of the deceased people.

A total 2,322 COVID-19 fatalities have been recorded in Sindh, against the national figure of 6,175 deaths. According to an official report, four deaths took place in Sindh on August 15 and all the deceased belonged to Karachi, with no one in home isolation. In all 23 patients died at home during August across the country–PNFS