Anticipating that the testing for the Coronavirus will rise in the coming days in the city, the Karachi Mayor, Wasim Akhter, has urged the Sindh government to designate any of the public sector hospitals located in the central and western districts of Karachi for assessing the people against the virus, which has claimed three lives in the city so far.

According to sources in the health department, there at present are five health facilities, including two run by the private sector, which has been listed by the government as COVID-19 testing facilities in Karachi.

The Karachi mayor pointed out to the government that none of the centers in question were accessible by the common man, particularly due to enforcement of partial lockdown across the city when public transport has come to a standstill following the provincial government’s directives.

“People of District Central and West were unable to go to the government designated corona testing hospitals due to the closure of public transport. A hospital from Abbasi Shaheed Hospital, Sindh Government Hospital New Karachi and Qatar Hospital Orangi Town can be declared a new testing facility and equipped accordingly,” he suggested. 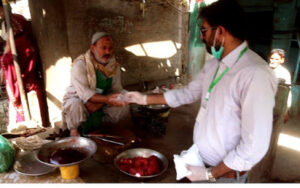 The mayor, in a statement, issued on March 29, asked the Sindh government to provide Coronavirus test facility at one of three public sector hospitals in district Central and West to cater over 10 million people residing there.

Moreover, he emphasized that the government designated centers, limited in number, cannot cater to the entire city, particularly the people of Districts Central and West.

He also demanded from the government to provide precautionary dress (Personal Protective Equipment) for doctors and paramedical staff and kits to the hospitals. 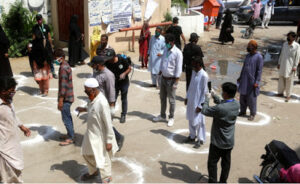 The Mayor was of the opinion that more people will have to be tested in the coming weeks that’s why one of the three hospitals he named should be given the test facility.

He stated that the Karachi Metropolitan Corporation (KMC) was facing a shortage of funds, asking the Sindh government to provide kits and other facilities to Abbasi Shaheed Hospital which could cater to both the districts.

“The people of Orangi Town, Manghopir, Banaras, Pahar Ganj, Nusrat Bhutto Colony, Aligarh Colony, and other less privileged areas cannot afford to go far as most of the people are daily wages. If they are not provided the facility nearby, their miseries might be increased,” he noted. 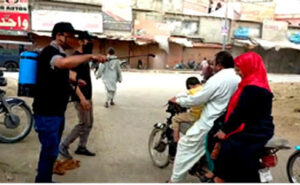 Tendering his support to federal and provincial governments on behalf of what he said more than 300 elected representatives of local bodies to face this critical situation.

He also appealed to the philanthropists to come forward and help the needy ones, adding local bodies representatives could be approached for identifying the poor and deserving of any governmental aid.

In the meantime, residents in some parts of Karachi including Ibrahim Hydery and Liaquatabad came out demanding free food (ration) supply.