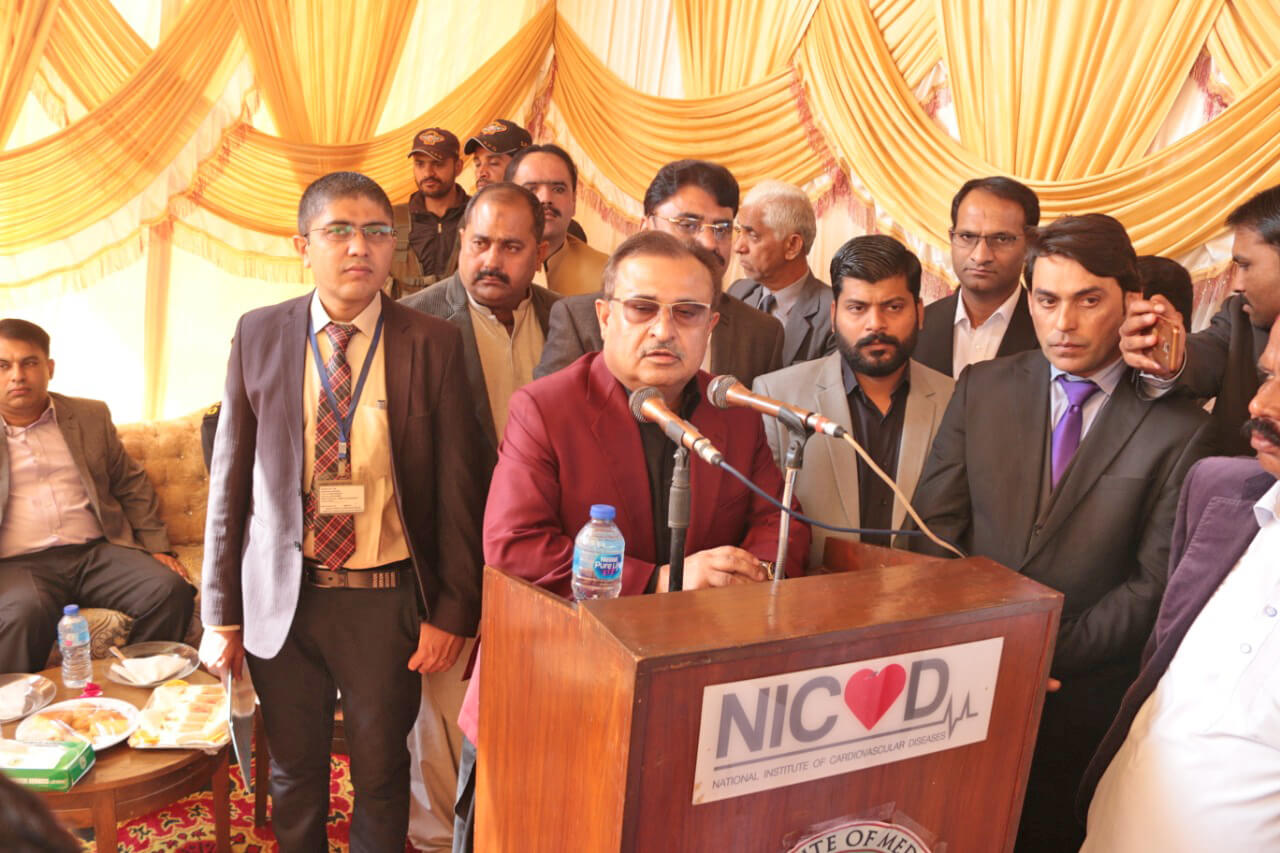 KARACHI: The National Institute of Cardiovascular Diseases (NICD) in collaboration with the Sindh government has opened its 15th “Chest Pain Unit” (CPU) at Jacobabad Institute of Medical Sciences (JIMS) to facilitate patients having chest pain with easy access and free of cost services.

Speaking on the occasion, Mr. Jakhrani said that the NICVD’s CPU was a gift from the Sindh government to the people of Jacobabad and its peripheries. “After the establishment of this cardiac facility the cardiac patients don’t need to go to big cities because this state-of-the-art cardiac facility is available at the doorstep of patients totally free of cost.”

Prof Nadeem Qamar said: “Shortly, the number of chest pain units serving the people of Karachi and other cities would reach 17 and they would be providing heart attack management facilities to the people closer to their homes.” After stabilizing their condition, those patients would be transported to the main nICVD where they would be provided further specialized treatment,” he added.

He mentioned that these CPUs have saved the lives of more than 7,581 patients who were having heart attacks but managed to reach these units where they were given first aid and then they were referred to the main nICVD where they were given specialized treatment. “This shows that Sindh is far ahead in other provinces and the Centre in serving the masses,” he added.

Dr. Qamar urged the media to disseminate information about these CPUs as, during last two years, cardiologists and technicians at these units — set up in 12 different locations in Karachi, one in Ghotki and one in Tando Bago — saved thousands of patients who were having heart attacks but could not reach any tertiary-care hospital on time due to traffic congestion. –News Desk